Our lasers light up A League of Their Own 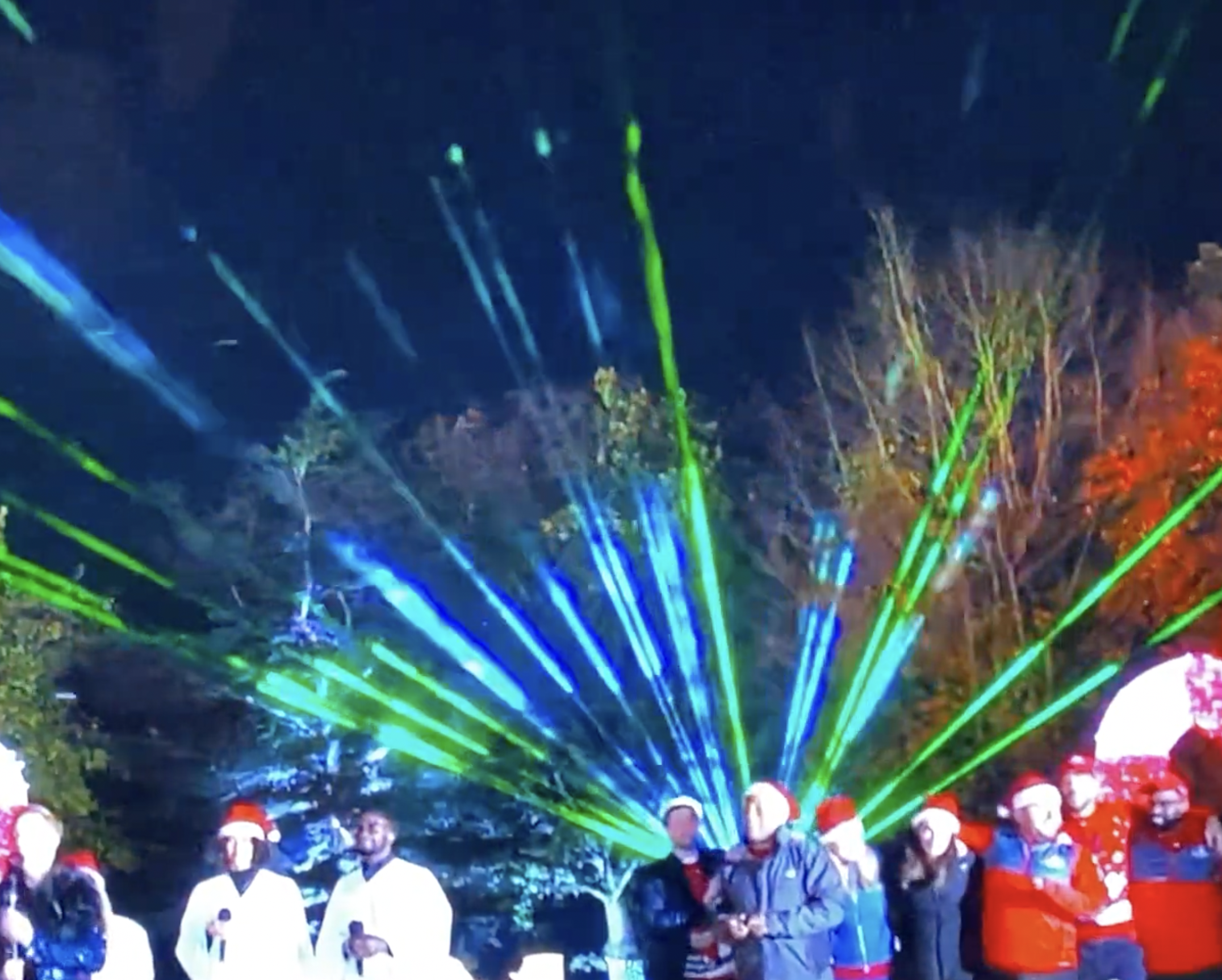 We were thrilled to be part of the hit TV series A League of Their Own. Our laser beams lit up the Sky Atlantic show’s Christmas Party, which took place at Brocket Hall in Hertfordshire. As presenter Jamie Redknapp and his pals gathered in the darkness for a game of night golf they were amazed by the winter wonderland that suddenly appeared. Our laser beams made a majestic sight as Shakin’ Stevens belted out Merry Christmas Everyone and a blizzard of snow indeed was falling from our fantastic snow machine.