Dartmouth sees its name in lights! 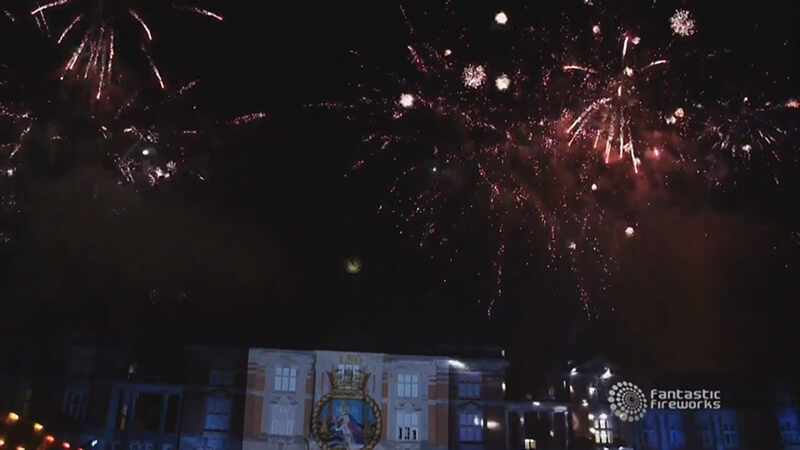 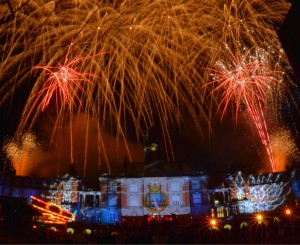 Our high-power projector and uplighters teamed up with some equally high power fireworks to create a stunning spectacle at a prestigious summer ball. It was the perfect setting and perfect weather to celebrate the 150th anniversary of the Royal Navy in Dartmouth. Overlooking the picturesque River Dart estuary the Britannia Royal Naval College has one of the most glorious views in the country. As one of the leading UK laser and lighting companies our brief was to give the ball’s 500 guests a spectacle  to match. Working with top UK fireworks company Fantastic Fireworks, we created lighting, projections and a ring of flaming oil lamps to thrill ball-goers with a magical sight. We lit the 130 metre frontage with colour wash Kolorado uplighters, two Spaceflower searchlights and used a 20,000 lumens projector to beam images of the college’s history on to the central façade. Instead of the usual fireworks display, which in the past had been fired in the grounds below the college, we proposed a display from the rooftop. As we were atop a listed building great care was taken with the choice of fireworks to minimise the risk of damage.  When the Upbeat Beatles worked the audience into a mass rendition of Hey Jude, the roof erupted in spectacular fashion. ‘You did us proud,’ said the ball organiser Lieut Russ Williams. ’When we draw up the suppliers for our next ball Laserfire will be top of the list.’